April 27, 2014 was Worldwide Pinhole Photography Day, and this year The Giant Mobile Camera and I were at Torget in Tromsø. People could come and experience a pinhole camera from the inside and maybe learn a little about photography. I also did make a giant paper negative in the camera. 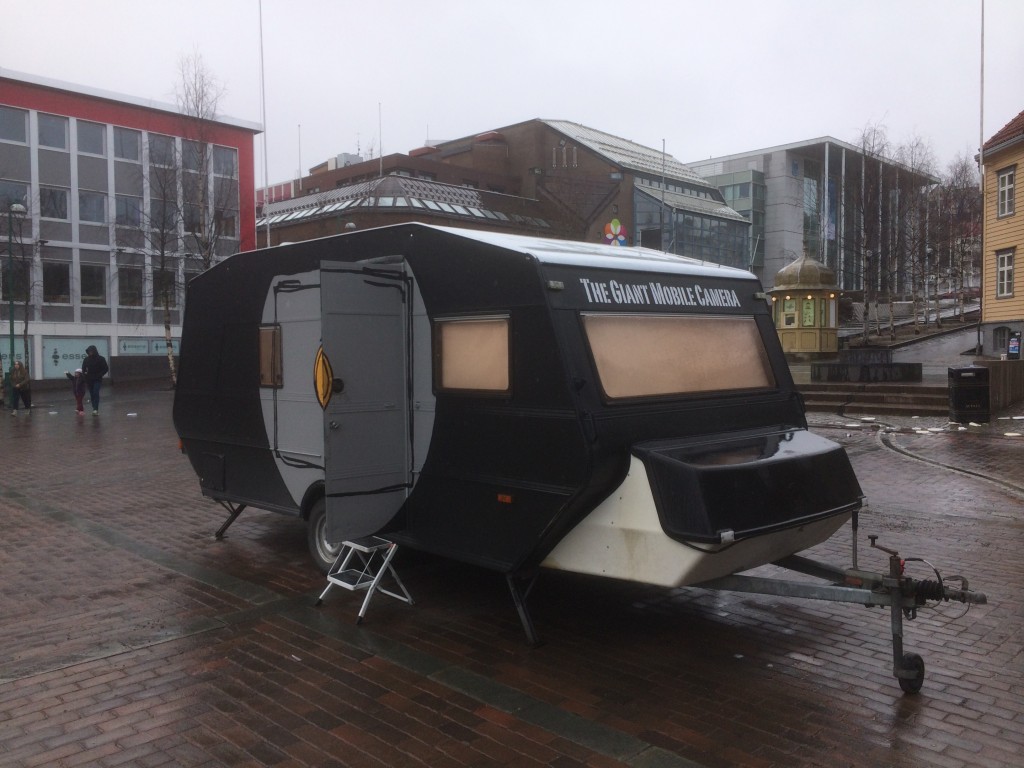 The Giant Mobile Camera at Torget in Tromsø 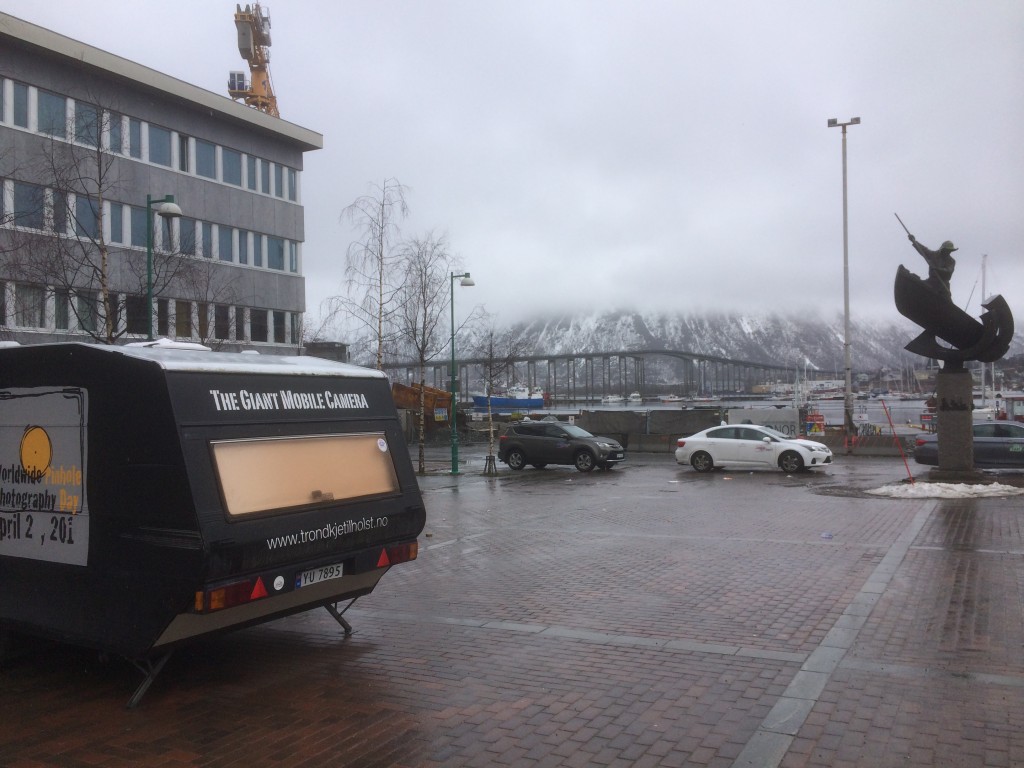 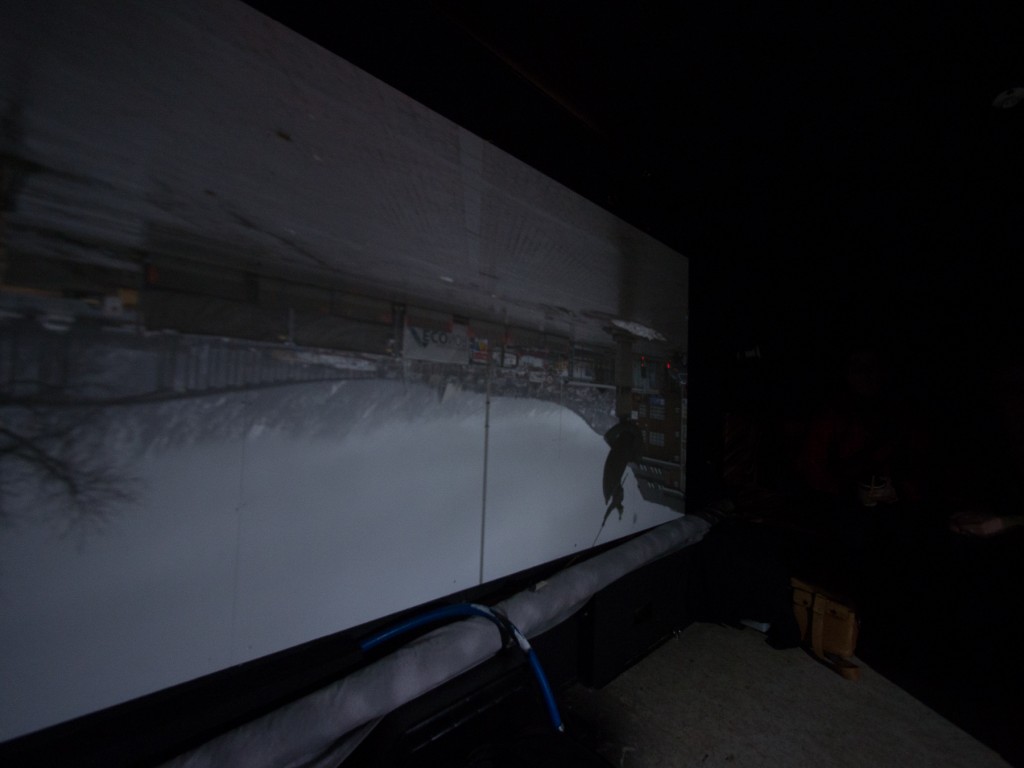 The paper negative laid out on the darkroom floor just before developing. 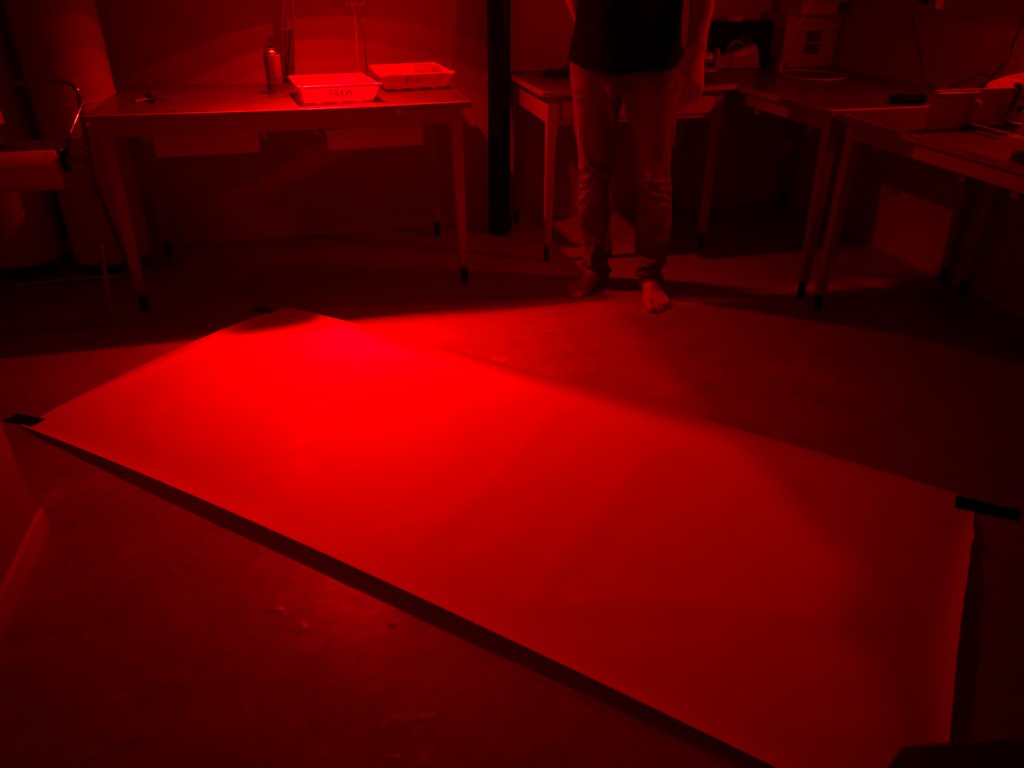 Developing the papernegative with a sponge, almost finished: 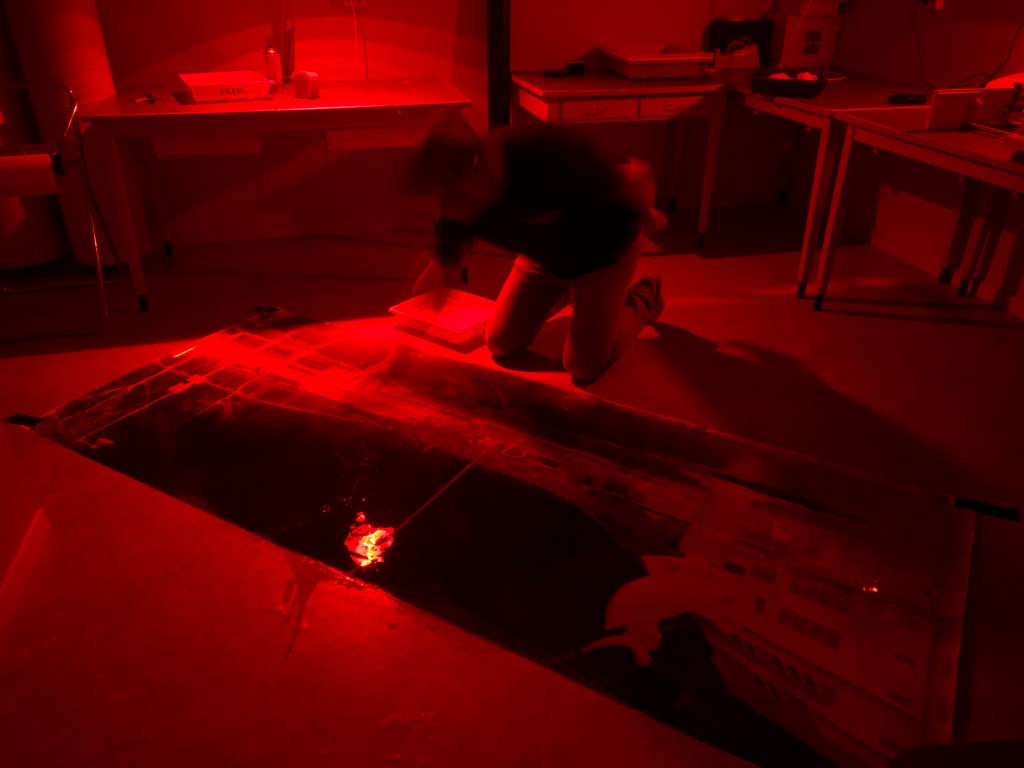 And finally the result, a 100x250cm paper negative:

…and a digital positive version of the same picture.

It was great fun, and I will most probably do this again 🙂